Substitutes for Vermouth – What can I use instead? 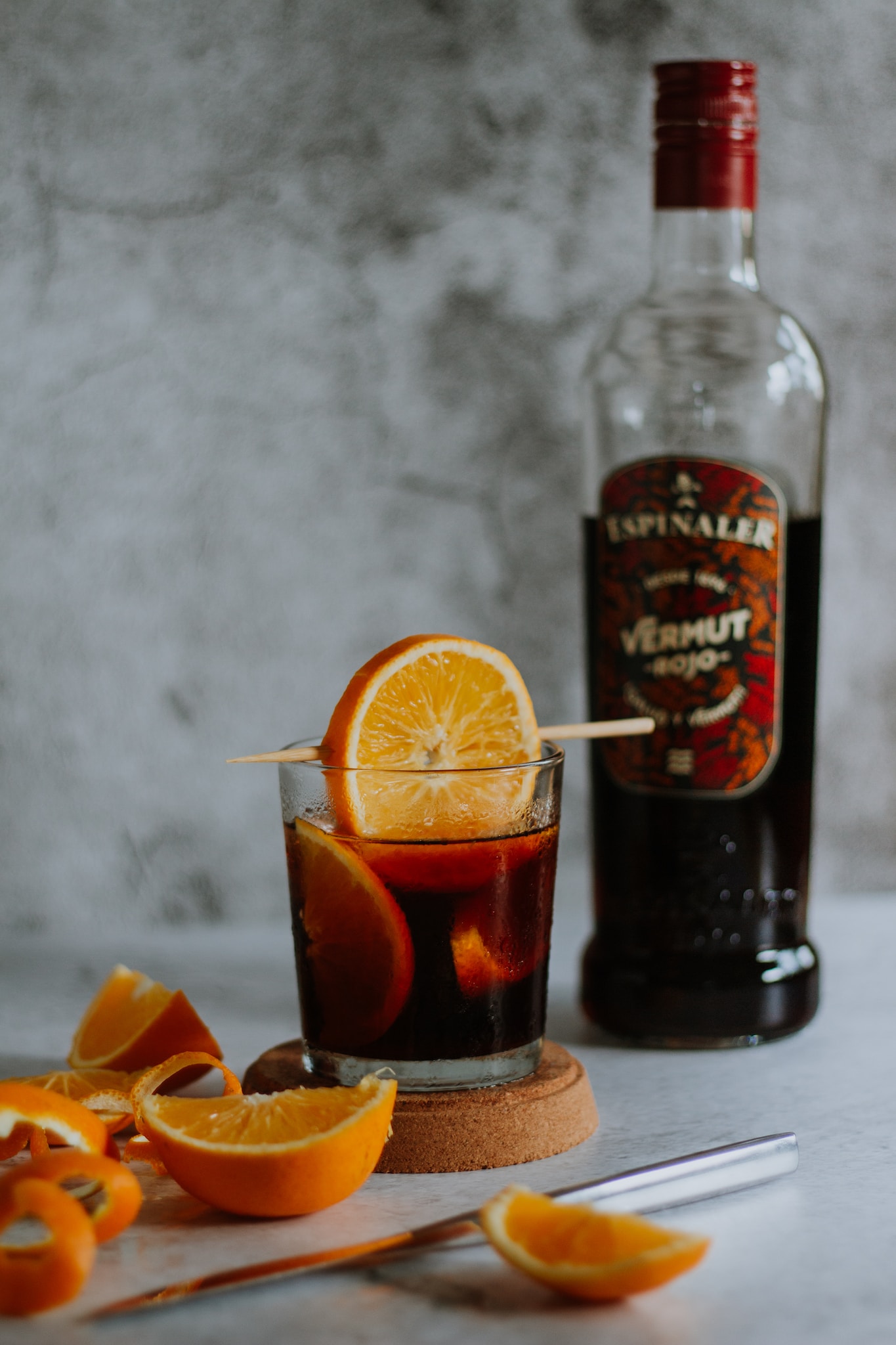 Substituting for Vermouth is an incredibly tough prospect if you are looking to replicate the flavors exactly. This is in no small part due to the fact that each brand has its own unique recipe. So, for cocktail making, this can have a huge knock-on effect on the flavor. However, the same differences may not be so instantly apparent when we use Vermouth in our cooking. So, really, if you are looking to replace Vermouth in cocktails, you won’t really find anything that hits the spot in quite the same way. Our best advice if you’re craving a Martini and you are fresh out of Vermouth is to replace it with either dry sherry or Lillet Blanc. If your desired use for the substitute is for culinary purposes, then this is definitely the information that you have been looking for! Read on and we’ll explain how it’s done!

What makes vermouth different from other wines?

There is a good chance that this question may have surprised a few of you straight off the bat. Though in a lot of ways, Vermouth seems more like a liqueur than a wine, it is indeed a wine! That being said, it does have some pretty odd characteristics that set it apart from a standard bottle of wine. For starters, it is fortified with distilled alcohol which makes it just a little bit stronger than regular wine. It is also aromatized. In this process, it is enriched with all sorts of herbs, spices, and seeds which give it its very unique and distinctive flavor. It is due to this process that it received its name, which was originally in German: ‘wermut’. Vermouth is also considered to be one of the most ancient forms of alcoholic drinks out there.

As we have mentioned, the most common use for Vermouth is in the famous cocktail, the Martini. But, don’t be fooled into thinking that this trick is all that Vermouth has up its sleeve. It’s a lot more versatile than you might expect! Vermouth has a wide range of uses in cooking and most certainly adds a depth and complexity of flavor to nearly everything it touches. For us, the forerunners of these delectable dishes are:

·         As part of the marinade in a charcoal-grilled shrimp dish

As you may have gathered from this selection of dishes, it pairs incredibly well with seafood. But, its uses aren’t limited to this alone. Vermouth is also excellent in sauces such as mushroom and sage sauce and can instantly change the feel of a dish from simply ‘rich’, to ‘decadent’.

The best substitutes for vermouth

In order to ensure that your dish still turns out the way you expected it to, we have compiled a quick list of the best substitutes for Vermouth that we feel can work all across the board of Vermouth recipes. Naturally, some will be limited in terms of what dishes they apply to, but we will try and elaborate on the strengths and weaknesses of each one as we go along. So, without further ado, here are the top 5 best substitutes for Vermouth that money can buy!

If you are out of Vermouth and looking for a replacement, the chances are reasonably good that you will be able to get your hands on a bottle of white wine without too much effort. And, it’s kind of a no-brainer in a lot of regards – particularly if you are working on a seafood recipe. A dry white wine will have very similar notes of flavor to impart upon the dish. Yes, it will lack some of the more complex flavors that come from the botanicals in Vermouth. Nevertheless, it would take an incredibly tuned-in palette to detect the difference. For best results, the drier the white wine you choose, the better it will turn out. So, if you happen to have it at your disposal, reach for the Sauvignon Blanc and simply use one cup per every cup of Vermouth. The results should not disappoint!

A great general rule for substituting alcohols is to go like-for-like. So, using this substitute, you are effectively subbing out a fortified wine simply to use another in its place. The alcohol content will be similar, and indeed, this substitute may also work for a few cocktails for this exact reason. In cooking, the dry sherry will also impart a little more flavor than the white wine would. Though it is important to remember that both can be used in exactly the same recipes. In essence, this is probably to closest you will get to finding the perfect replacement. It possesses the most shared qualities with Vermouth. What lets it down a little is that it is harder to come by and occasionally a bit on the expensive side. However, it is still 100% worth trying out, should the opportunity arise.

Depending on the recipe, using either a balsamic or a white wine vinegar will suffice for getting you out of a tight spot. Sure, there won’t be anywhere near the amount of richness added to the recipe as a whole, but vinegar does manage to replicate the acidity of the Vermouth. For most recipes, and definitely for those using fish, white wine vinegar is your best bet. However, we would advise that you use this one cautiously as it can overpower the other flavors in the dish quite easily. Don’t use anywhere near as much of this as you would have Vermouth. Really, you want just enough of a tang to showcase the flavor of the seafood. Add small amounts in as you go and taste it frequently during cooking.

The primary thing that Vermouth does to a dish or a sauce is that it adds more acidity into the mix. So, at a simplistic level, for some dishes, all you will need to do is to replicate that. However, while substituting for acidity, it is also important not to impart too strong a flavor on the dish as you do so. For example, lime has a way of making its presence known, whereas lemon can sink into the background. As a general rule, only use this substitute with seafood dishes. It is also of note that lemon will overpower the other flavors in a dish quicker than Vermouth will. In order to prevent this from happening, use a half cup of lemon juice for every cup of Vermouth that the recipe requires. Taste as you go and add in more if necessary.

If you are in a position wherein alcohol isn’t an option for you, adding some stock or bouillon is one of the best substitutes at your disposal. Chicken and vegetable bouillon seem to work better across the board, but on occasion, a beef stock may also be the right call. To really get as close as possible to replicating the flavor imparted by Vermouth, here is what to do. Add in some lemon juice and some grape juice into the stock. If you find that the grape juice has made the broth a little too sweet, dial it back with a pinch of salt. Mix it up very well before adding it to your recipe. Once it has been added, it should behave in a similar way to the Vermouth. For best results, use one cup of this mix for every cup of Vermouth.

How to substitute vermouth with other ingredients?

There is no great trick or technique to learn when substituting Vermouth for other ingredients. The first thing is to manage expectations. If the Vermouth taste was to the fore in your recipe or cocktail, none of these replacements will mimic it exactly. Vermouth is just too unique in terms of its complexity of flavor for this to be the case. However, if the Vermouth’s purpose in the dish was to merely enhance or showcase the already existing flavor notes, there will be a substitute that will match it for that ability.

With every ingredient listed above, excepting the white wine vinegar and lemon, substitute one cup for every cup of Vermouth. No complicated mathematical equations – nice and simple! When substituting white wine vinegar, add it in incrementally and in tiny amounts to avoid overpowering the other flavors. With lemon, start at a half cup for every cup of Vermouth. And, always remember to taste the dish frequently and adjust accordingly. Bon appetit!